Susan from The Well-Seasoned Cook is hosting this edition of Weekend Herb Blogging and this week I have corn. 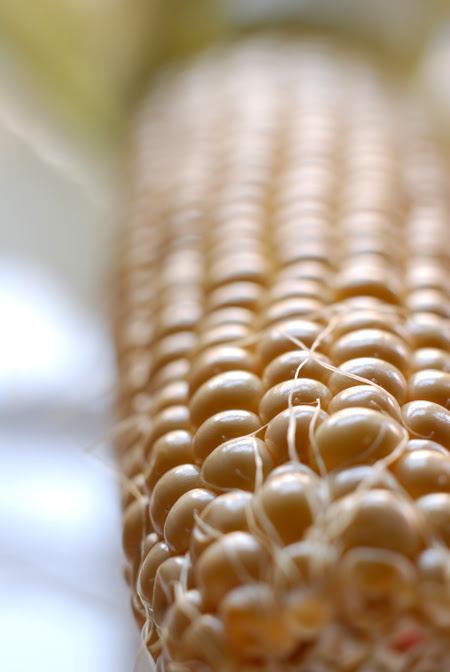 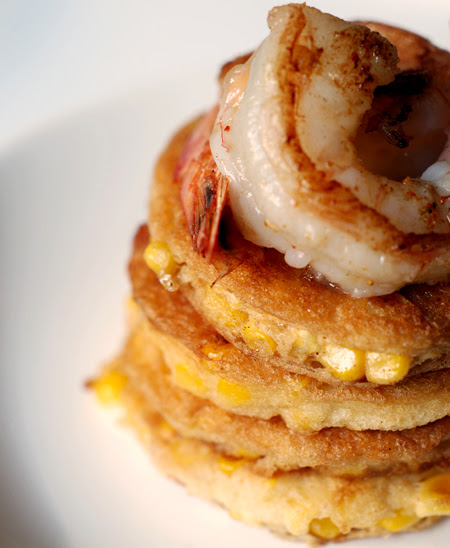 Cut the kernels from the cob and then drop in boiling water and boil for a couple of minutes, just enough to take the raw edge off.

Separate the egg and beat the egg white until it’s thick and fluffy.

Place the yolk in a bowl and add in the corn kernels – give it a quick stir then sift in the tablespoon of plain flour. Add a little salt and white pepper and stir until combined.

Drop a spoonful of beaten eggwhite to the batter and stir to slacken the mix. Add the rest of the eggwhite and gently fold through.

To make the cakes I’ve used egg rings to help form the shape and each cake takes about ⅓ of a cup of batter.

Heat a heavy based skillet over a medium heat, drizzle in a little oil and a small knob of butter. When the butter has melted, place the egg rings in the pan. Divide the batter into the four egg rings.

Cook over a gentle heat – when the top starts to dry out, flip them over. You’ll probably find that the cakes by this stage will have shrunk back from the rings so you can remove the rings now and let the cakes cook unrestrained.

Cook until golden and then place on paper towels to remove any excess oil. 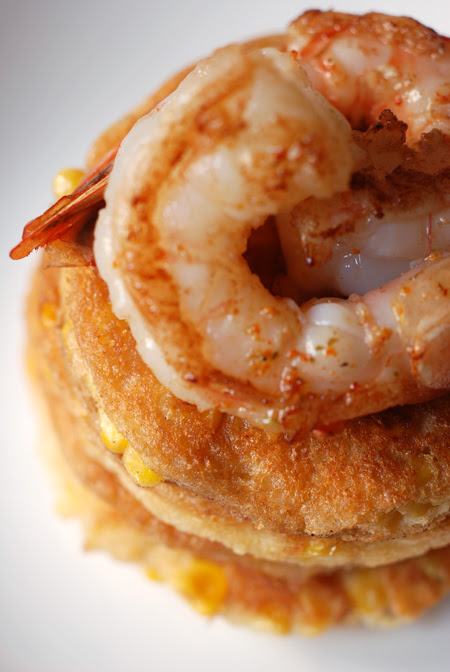 The cakes are best eaten as soon as they are made. While you can happily eat them as is, I’ve added a crowning glory of just seared king prawns, the sweet meat of the prawn an excellent match for the cakes. 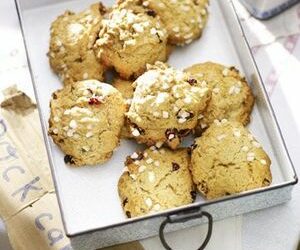 Stir in the muscovado sugar and fruit, then add the egg and milk. Mix to a fairly firm dough. Spoon 10 rough blobs of the mixture onto the baking sheet, leaving room for a little spreading. Mix together the sugar and remaining mixed spice and sprinkle over the cakes. Bake for 20-25 mins until golden…

Brownies are notorious for being difficult to get just right. Since going vegan, brownies are the one dessert that I have had the least success with. There’s something about not having the egg in there that just makes it difficult to get the perfect texture. I’ve tried a few vegan brownie recipes on the blog… 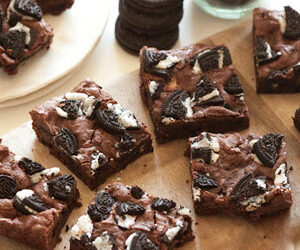 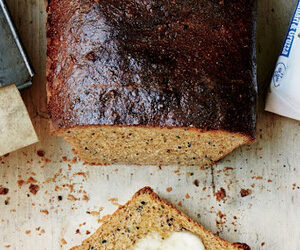 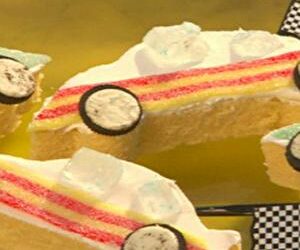 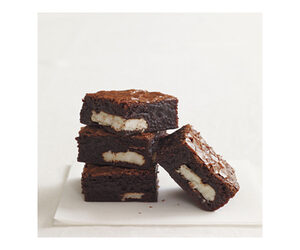